The ifund Foundation, ENERGIIQ and Windhandel Beheer are each investing €1m in Kitepower, a Delft-based start-up developing airborne wind energy systems. The company's mobile energy systems can be deployed in remote locations where it is currently impossible to exploit conventional renewable energy. The investment was announced on 16 June at Kitepower’s premises in Delft.

Kitepower was co-founded in 2016 by CEO Johannes Peschel and Roland Schmehl, advisor and TU Delft associate professor. During the past years, the team has worked on the development of  the Kitepower Falcon: a 100kW airborne wind energy (AWE) system which enables the generation of renewable energy at remote locations. The hybridisation of these so-called ‘microgrids’ is urgent, considering the current widespread use of diesel generators. Through the application of this innovative technology, Kitepower aims to realise its mission: ‘clean, affordable and sustainable energy for everyone’.

This investment will enable Kitepower to continue its technological development, accelerate market introduction and further expand its organisation. Currently, the team is working towards its first commercial pilots, which are set to take place next year. Apart from financial support, the investors will provide access to a broad network of experts and contacts to propel the commercial rollout.

Stefan van Eijk, fund manager at ifund: “We believe Kitepower will be a catalyst for airborne wind energy, thereby enabling renewable energy for a completely new segment. We are excited about the years ahead and will support Kitepower in the further commercialisation of the technology throughout.”

The investment has been done alongside co-investors ENERGIIQ and Windhandel Beheer, the investment vehicle of the late Henk Hutting, who has been described as ‘Kitepower’s biggest fan’. As an early investor and advisor to Kitepower, Henk has been invaluable to the growth of the company – we are grateful that his legacy lives on through this continued commitment. 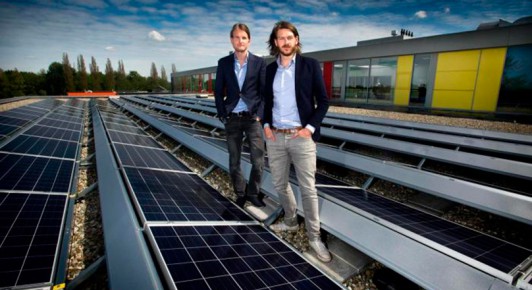